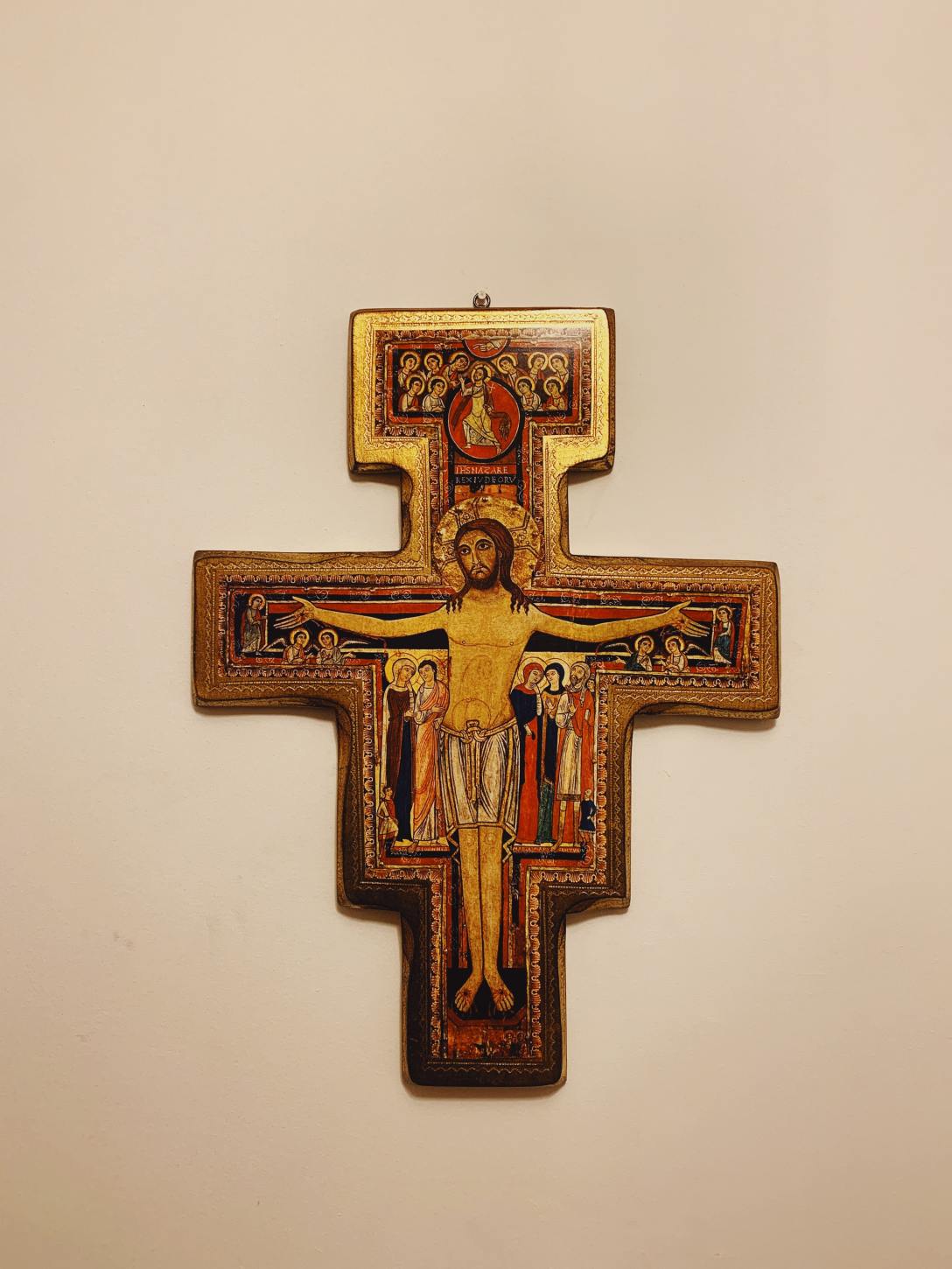 Lent is, to my mind, one of the more beautiful times in the Church Calendar. I am not sure everyone shares my adoration. For some lent is stressful, for others it is something they don’t really understand and sort of endure. Even for those who are estranged from the Church, it is a time that reminds them of God. No matter ones orientation, Lent is a time to return to faith, or reorient ourselves. Lent is an event and one that asks us to engage in repentance, self searching, and a sort of reaffirmation of our faith and practice. This makes it a fruitful time of year for those returning to the faith. This week in the church we celebrated the Sunday of the Prodigal Son. This parable is rich with application to our lives, however I wanted to mention a couple on the idea of ‘beginning again’.

The first is some what obvious but should always be said. I think it is common to see the Prodigal Son as a story about leaving and returning from the faith. And while that is true, it is much more nuanced. The Prodigal Son is a narrative applicable to everyone, not just those who left the faith in some way and are returning. We all have areas in which we ‘leave’ and returning and repenting is something we should all, no matter how we view our faith, do everyday. Some refer to this narrative as the ” Lost son” and I think that is also helpful as it highlights this notion of orientation that is much nearer to the idea of ‘missing the mark’. There are areas in our lives and faith that we either neglect or we ‘misorient’ ourselves to and Lent is a good time to step back and reorient. If we think we don’t have any areas that we need to return or repent we are definitely in need of some time for reflection, we may be deluded.

A point often missed in this narrative is the fact that the son’s leaving is more a result of his problem, not the actual conflict. If we take a moment and look at his reasoning for leaving we already see that he is misoriented toward his father and his family. This starts with a thought. He has lost his bearings and that is why he ultimately becomes lost. He is already in a state of ‘delusion’ or mis-oriented. One could also say his thinking ‘misses the mark’. When the younger son asks for what is ‘his’ he is asking his father for his inheritance and in effect separating from him. In that day, the inheritance was something one did not normally get until one died or the Father is no longer leading the family. In this act the son orients himself to his father and family like one dead even though they are alive. There is also a sense that he is claiming a type of ownership of this wealth that his family created and seeing himself as autonomous. That’s one level of separation and delusion.

The second is when the son moves to a distant country. He is going out into areas unknown and away from his home and homeland. This points to a separation from family as well as culture and identity. For us moving is not such a big deal. We go to college far away, pursue jobs is other states or countries and for more and more people the physical distance in familial relationships is normal and not so much an issue. We have ways to communicate and connect that minimize the burden of distance on family, identity, and comforts. In this time communication over such distance would have been minimal and slow hindering family connection. He is also moving into another culture and finding important cultural markers like food, clothing, customs or religion would have been difficult. to move to a distant country would be to adopt or at least move toward another culture or even religion. This separation indicates a change in identity.

Finally, he squanders his inheritance in wild living. This is a reorientation toward morality or at least responsibility. This separation in some sense is one that separates him from himself and moves him into a sort of fully separated and misoriented person, especially to a reader in the Early Church. He has in effect ‘lost his mind’. At the end he is totally separated from what which gives identity, comfort and support. It is also important to note that he is squandering what he got from his Father. He got his inheritance, in reality, as a gift. He saw the inheritance as something he could do with as he pleased, not a part of a larger picture or in relation to others. The purpose of an inheritance was/is for one to build upon a foundation and support oneself and others. He just spends it on ‘himself’. We too have gifts or inheritances we squander.

All of these spring from misconceptions about himself and his relations to others. He finds himself separated, alone and wishing for the lowest food, of which no one would even give him. The son reasons his father gives better to the hired servants then he has now. That is to say that even in the furthest orbit of his fathers life people lived better than he was at that moment. He is ready to work for his living but understands that he needs to return to those relationships even to do that well and effectively. Here has has started his return. When he finally comes around the text tells us he ‘comes to his senses’. That is an important phrase in that this is not really a sort of moral turning, although that is present. He is realizing his misunderstandings and is now reorienting himself. It is often easy to see our spiritual life as a sort of set of moral choices, when they are often a set of smaller choices and movements. All the son really does and gets up and starts moving. His return, like his initial separation, that starts with an turning of a thought.

When comes down the road the Father comes to him. It is easy to overlook the Fathers role here. It is often commented that God is always happy when we come back. But it is the Father that restores him. The son actually attempts to come back and work and does not assume to have his ‘rightful’ role. He does not become a laborer (as his assumed) and work his way back up to ‘son’. For clarity, in that day comming back after leaving this way would be almost impossible and even dangerous. The Son isn’t really fully oriented until the Father restores him. The Father is looking for the son. Even when the son was misoriented to him the Father is correctly oriented. When the son returns he expresses this with an embrace and a kiss. He comes to the son restores him, this is possible because the son was reorienting himself. The son moves toward restoration and orientation in humility and the Father completes his return, healing the separation. Here we have to understand that in Lent we move toward God but it is ultimately God who restores us.

While I don’t have the space to address the response of the Older Brother, the Fathers statement to him is important. He says that his son was dead and is not alive, he was lost and now found. The separation from God is a death, and when we are misoriented we are lost. And Lent is a time to move toward life, the life of Pascha. It is a time to reorient and find our bearings in life.

I think one other point to make here is that is is easy to see lent as a time of working on major issues. Some come to Great Lent with an idea that they will have some sort of spiritual accomplishment like ending a habit or extending their prayer rule. Maybe they will see the light of Tabor? Probably not, and that is good. The son gets up and moves back toward home, but first he comes to his senses. Coming to our senses, that is were we start and that is the point of all the asceticism, services, and remembrances. Our spiritual life is about the small everyday movements. When a ship sails or a plane flies it gets to its destination by making lots and lots of small adjustments- small reorientations.

If we make Lent about something we can do we are actually starting to orient more like the Prodigal Son. If we forget and think we do all this on our own we are taking the gifts God has given us as ‘our own’ things and treat God as dead. If we misread the map of the Great Lenten journey and think the point is follow the fast perfectly or have some huge ‘breakthrough’ we soon we will find ourselves in another spiritual country. Worse yet, even in our so called asceticism we can spend our spiritual gifts on ‘wild living’ – the pleasure and pride in a sort of self-control ( a will-to power or jouissance) that asceticism separated from the life of God can foster.

As we begin again lets start with the beginning and come to our senses.

Photo by Jon Tyson on Unsplash

View all posts by James Miller